When I told my friend about the Superfund site called Love Canal, he immediately assumed it was a Georgia O’Keefe-like shrouded euphemism for a super-fun vagina. When I then explained that a Superfund site was a classified toxic location, dangerous for humans, and Love Canal was the original Superfund site, needless to say, he was bemused.

Superfund sites, despite their super-fun name, are defined by the EPA as sites contaminated by hazardous waste. This waste primarily occurs from industrial practices, landfills, or mining. The program was enacted in 1982 as a response to the people of Love Canal, New York. At this time, the EPA as a federal organization was fairly young – it had only been created as a response to the crisis on Lake Erie approximately 10 years prior. In the words of Stephen Lester, of CHEJ, “They had never seen anything like Love Canal before.”

However, it took a long time before Love Canal was noticed, let alone acknowledged, by the federal government. It began as a normal stretch of land, until a man named William T. Love set out to create a canal that would connect the upper and lower Niagara. This would, in turn, create a small waterfall from which they could easily harvest energy. The intentions were good, but the plan ended up falling apart due to the Great Depression. As a result, Love Canal became a 3000 foot long ditch.

Several years later, in 1953, it was sold to the Hooker Chemical Corporation, which used the land as a disposal site – this is likely where the real problems begin. After about a year of filling the site with toxic waste, Hooker placed a layer of dirt over the site and sold the land to the community for $1.00 and a signature on a contract that says Hooker Chemical Corporation takes no responsibility for the potential harm this site would do to the citizens.

At this point in time, the EPA had not yet been invented. Looking back, Love Canal was a toxic site long before it was recognized as one, even by its citizens. Soon after the land was sold, a community was built in and around this land.

Lois Gibbs, a member of Love Canal, began to notice that her children were getting sick in the middle of the 1970s. It was common knowledge that the land the school was built on wasn’t the best land, however it was understood that the kids would be fine as long as they didn’t live on the site itself. Gibbs slowly began to notice that her kids were consistently getting sick when they attended school. After rallying with a few other concerned mothers, she surmised that the reason their kids were getting sick had to do with the land they were on. When she tried to remove her own children from the school that was ultimately poisoning them, the school rejected her requests, stating that the land and the school was fine. She pleaded with authorities, continuously gaining more support from other concerned mothers, eventually making it up to the state level.

New York state’s health department began to look at the illnesses in the neighborhood, thereby acknowledging that there was an issue that needed to be fixed. “They believed that people who lived adjacent to the canal were at risk, but everybody who was outside of it was not,” according to Lester. The state had made a plan in order to rectify the situation, yet had done little in terms of relocation or restoration of the site to convince the community. So, Gibbs and her fellow concerned families took it to Washington DC, where the EPA finally noticed the issues at hand.

“Nobody had ever dealt with a situation like Love Canal,” says Lester of the EPA’s reaction. Federal scientist conducted tests similar to the ones conducted by the state, finding vast chromosome differences in the people who grew up in Love Canal as compared to the rest of the population. As a result, Love Canal was declared a Superfund site and approximately 900 families were relocated.

Ten years later, the soil was reevaluated. It still looked desolate, nothing was growing, and it was barren, but it was deemed safe again. According to Lester, families that moved there had to sign a two year contract – they were to live there for two years, and any illnesses that came up as a result of living there were not the responsibility of the community, as they were informed that it was a Superfund site. Approximately 200 families returned, and most of them left once again when the contract was up, once again, leaving sick.

Since then, families have moved to and from the Superfund site, although the later generations did not have to sign a contract that deflects responsibility from the guilty party. For this reason, CHEJ currently has approximately 300+ families attempting to organize a petition against the government that has yet not taken initiative to clean up Love Canal, despite allowing people to live there, claiming it as “safe”.

Twice now in the history of Love Canal, we see both responsibility of the damage done to the land deflected with a signature. First time with Hooker, and the second time when the state deemed Love Canal safe to live on once more. Gibbs refers to Love Canal as the “Mother of Superfund Sites” because it was the first one to really gain national attention. However, despite its position as the first Superfund site, little has been done to clean up the site or protect the people there.

Other superfund sites have been much luckier. The Palmerton zinc pile in Palmerton, Pennsylvania, has been fortunate enough to have been purchased by CBS. Through a carefully tended and amicable relationship, a nature preserve known as the Lehigh Gap Nature Center strives to collaborate through information and finances in order to rectify the land that was originally tarnished by a completely different company. In US law, the responsible party is not the party that committed the crime, but the party that owns the land. In the case of Love Canal, it is the responsibility of every citizen that moves there without understanding the effects of the environmental stress the area has been under, thus sacrificing their health, finances, and overall well-being.

It has been approximately 50 years since the first Superfund site was established. Several more are popping up every day, and there is not enough money to reverse the damage already done. With no one to take responsibility, 1000 years to make a site look remotely like what it was, and billions of dollars needed in funds in order to stabilize the situations, much less fix them, the situation seems pretty dire. Perhaps the solution is, quite simply, awareness. Had the people of Love Canal known the health problems that would befall them, perhaps they would not have moved next to the toxic site. Perhaps those 900 families wouldn’t be suffering relocation and potentially irreversible health problems. Perhaps we just need to know what we are doing to the earth in order to stop. 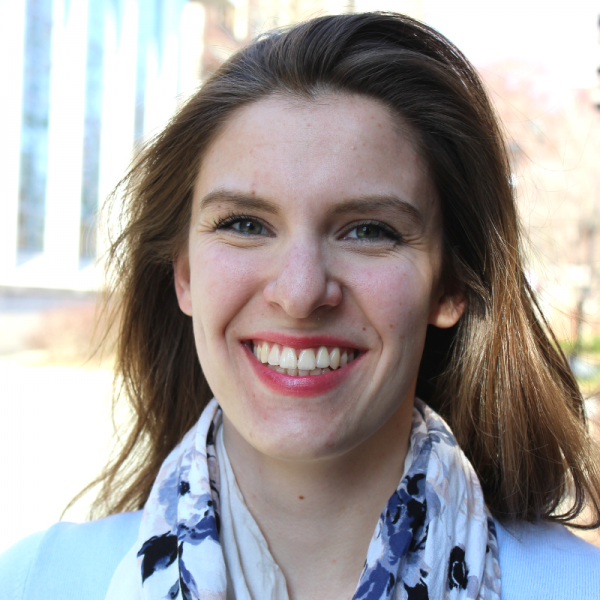 Christine Strange graduated in 2019 with a Media and Communication major, minoring in Creative Writing. When she came across a TED talk about environmental justice, she began to take interest in the smaller ways she would be able to reduce her personal carbon footprint; taking shorter showers, enacting meatless Mondays, all the classics. After exploring further into the science of climate change, she began to take an interest in writing about it. When she’s not nerding out about the environment and the science behind it, she plays 3 different instruments and sings show tunes relentlessly.