Local climate literacy: Where does it come from?

As the climate crisis and the public’s knowledge of it has developed in recent years, an increased focus has been directed toward intersectionality within the movement for climate justice. As such, much rhetoric has been redirected away from “saving the planet” and towards saving marginalized communities from the planet.

Saving the lives of marginalized groups of humans and saving our entire globe exist at two ends of a broad spectrum of understanding the climate crisis. At the same time, considering the juxtaposition between them leads to a key question that may be applied to all climate-related conversations–even those arguably less polarized than these two: What and who is environmentalism meant to serve? The humans living in and consuming the environment or the environment itself?

While the effects of climate change in most localities are not on the life-threatening end of the spectrum, the effects do not go unnoticed. In places like the Lehigh Valley–a region in Eastern Pennsylvania, the environment-related issues that are noticed the most often by residents tend to revolve around the beauty and public use of parks and waterways.

In the Lehigh Valley, one of the major environmental issues that draws public attention is flooding that occurs along Cedar Creek. Cedar Creek is one of the tributaries of the Little Lehigh Creek–the largest tributary of the Lehigh River, and it flows through a low-lying area in the Lehigh Valley. As a result of its location in this low-lying area, Cedar Creek ends up flooding virtually every time there is heavy rain in the Lehigh Valley. While flooding occurs regularly all along Cedar Creek, Allentown Parks and Recreation Director Karen El-Chaar explains that the most citizens take note of flooding when it occurs near Cedar Beach Swimming Pool. In past summers, El-Chaar explained, flooding from the creek would reach the pool deck and cause pool closures leading to many upset calls from members of the community. After the Parks and Recreation department removed a bridge that was identified as the cause of narrowing of the creek and thus of the intensity of the flooding in this particular area, El-Chaar noted that there was a substantial decrease in the number of complaints that the department received.

On the one hand, this decrease in complaints is indicative of the fact that a major concern among pool-users was gotten rid of. On the other hand, it is also a fascinating show of the nature of many Allentown residents’ knowledge of environmental issues locally. Now that the flooding is no longer affecting a well-used space like the pool, the department sees far fewer questions and complaints about flooding; this does not, however, mean that there is no more flooding–the flooding is simply not affecting the pool. In this case, residents’ concerns extended only to their ability to use an amenity like the pool; most did not care to inquire about the root cause of the flooding itself.

Similarly, El-Chaar noted that the Parks and Recreation department received a large number of questions and complaints from an upset public when the Allentown Rose Gardens were emptied of roses due to a blight. Much like the pool, the residents who expressed concern about the roses mostly vocalized that they were upset that they would not be able to take prom or wedding photos in the gardens rather than considering what had happened to the roses.

Addressing the gap between the reasons that people value these public lands and the reasons that the public lands were experiencing issues, El-Chaar explained that Allentown Parks and Recreation’s role is often that of an educator in the community. “The public might be a little upset with us at first,” she explained, “but that’s why we have marketing. [It’s about] understanding the public, but it’s also about informing them.”

Informing the public about not only what is being done to solve climate-related issues in public lands but also about why these issues are arising in the first place may serve to slowly shift community-wide perceptions of environmentalism. By introducing residents to the notion that maintenance of public lands is about more than just appearance, Allentown Parks and Recreation–and other similar departments–helps these residents to gain an understanding of the connection between the climate crisis and the spaces that they use nearly every day.

The Cherry Valley National Wildlife Refuge is an ongoing example of humans grappling with the question of “why?” when it comes to dedicating resources to environmentalist causes. Located in Monroe County, PA (which borders the Lehigh Valley), the Cherry Valley National Wildlife Refuge grew by 4,350 acres in September of 2019 in the largest ever land acquisition dedicated to conservation in the history of the Lehigh Valley. Cherry Valley is unlike some other pieces of public land in the Lehigh Valley in that, on the refuge, there are restrictions on human activity–all of which were created with the intention of protecting water quality and wildlife habitats.

While humans are allowed on the refuge and there is a limited hunting season, all pets, vehicles, and fishing are currently not allowed on this piece of protected land. Such restrictions indicate the refuge’s commitment to conservation; while the banning of some of these activities may serve to limit some visitors’ short-term enjoyment of the space, they also serve to protect the land itself in the long-term.

Cherry Valley National Wildlife Refuge Administrative Support Assistant Scott Lenhart reflects that the public tends to be fairly understanding of the restricted nature of the refuge, and he does not receive many complaints regarding the existing regulations. Issues that have come up for the park’s administration have had far more to do with a misunderstanding of the regulations’ purposes or with blatant violations of the regulations in place. “What is harmful and regrettable” Lenhart explains, “is the… small number of hunters who are actually poachers [and] disregard hunt seasons, bag limits, and wildlife laws in general [as well as] illegal ATVs and Dirt Bikes, people with off-leash dogs, and illegal dumping. The ATVs and Dirt bikes can do a surprising about of damage to trails in a very short time.”

These examples are a smaller subset of the refuge’s experience with the public and are more representative of those who don’t care about laws and regulations–let alone environmental protection–in the first place; there are, however, conversations happening within the refuge’s administration about not yet finalized “plan[s] to offer catch and release fishing,” replacing the current prohibition of fishing altogether. While any change to present restrictions on fishing would be made with the best interests of the preservation of the environment within the refuge, the reconsideration of this regulation reflects the larger-scale trend of public land being perceived as meant to serve public consumption rather than existing for the sake of the land itself.

In any given city or town, a lack of public knowledge about the underlying causes and consequences of local environmental issues may not have the capacity to produce devastating results. But the world as a whole is built of many such towns, each with its own set of environmental concerns. While some cities are concerned with disease in decorative plants in landscaping, others are concerned with the thousands of deaths that occur after being ravaged by hurricanes. As the progression of the climate crisis accelerates, then, more and more people will be forced to ask themselves: in the long run, just how significant are our local ecosystems and our knowledge of them? 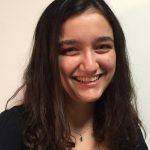 Eliana Schuster is a student at Muhlenberg College studying in the Media and Communication and History departments. Having spent much of her childhood travelling to and exploring national parks, she developed an interest in consumer relationships to federally protected land. When she’s not reading about National Park Service policy, Eliana enjoys playing with dogs and spending time with her friends and family.