What happens when we make nice? 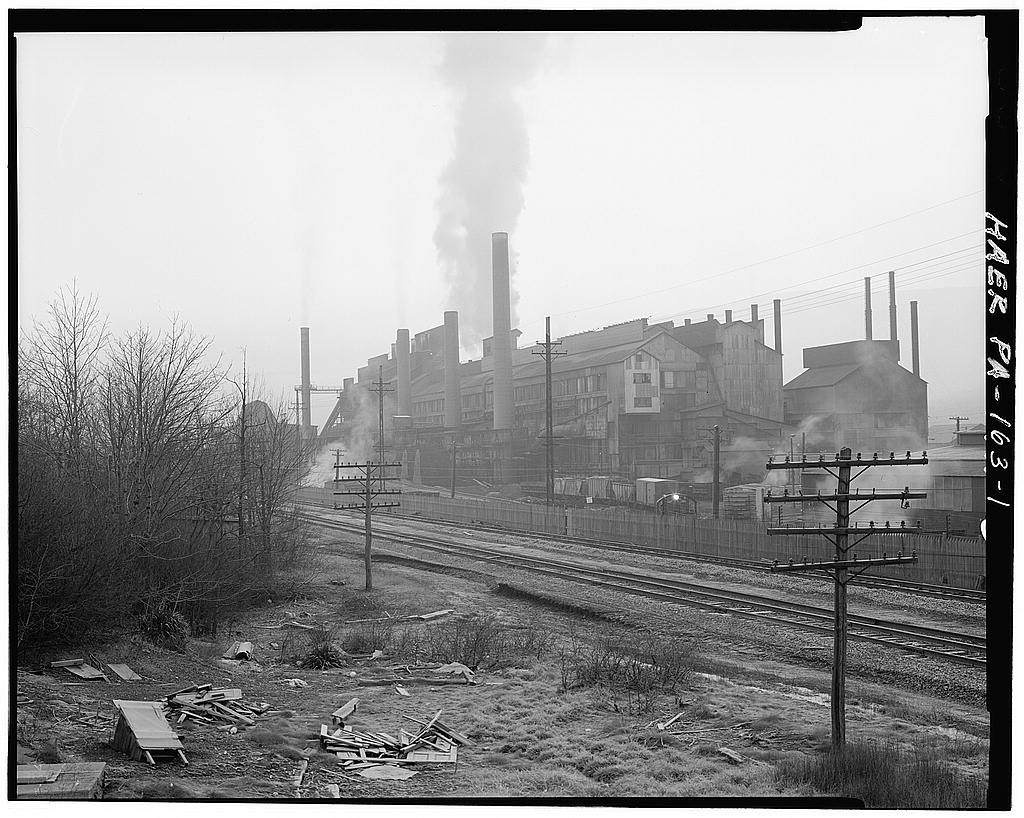 Imagine a home that takes up 110,000-square feet, has 29 bedrooms, 39 bathrooms, a garage that holds up to 100 cars, and endless features such as theatres, bowling alleys, and a $150,000 hot tub. Although this sounds like a home straight out of a movie, it actually does exist. Dubbed “Fair Field,” this Sagaponack estate in the Hamptons is owned by billionaire Ira Rennert, who has an estimated net worth of $6.1 billion. Rennert was once the owner of many industrial companies, including La Oroya refinery in Peru, steel mills in Ohio, Maryland, and West Virginia, the largest lead refinery in the U.S., and the only magnesium mine in the U.S., Magnesium Corporations of America (MagCorps), which is located in Toole County, Utah next to the Great Salt Lake.

Although Rennert’s estate is unimaginably extravagant, believed to be the largest privately owned estate in the country, it faces major controversy. He was found guilty of unjustly taking profits from his companies, including $120 million from MagCorps, to pay for his mansion and ultimately drove his companies into bankruptcy.

This was not the only offense Rennert was accused of. MagCorps is still considered one of the top air polluters ever in the country. At the MagCorps industrial factory, pure magnesium and chloride were once extracted from the salts of the lake. The factory and the waste it produced contaminated the area with toxic chemicals, such as polycyclic aromatic hydrocarbons, arsenic, and other hazardous material, which leaked into the air, ground, and water of Toole County. Rennert and the company refused to admit that MagCorps was responsible for this environmental damage, claiming that they always “acted properly.” In 2008, the EPA with the help of Utah Department of Environmental Quality worked together to get this site, now known as the US Magnesium Superfund Site, on the 2009 National Priorities List.

The EPA provides $243 million a year to clean up Superfund sites, but many sites still have insufficient funds to restore its environment to its original, pre-industrial beauty. Thus, the EPA mandates that responsible parties support the restoration and protection of the sites with funds and other resources. When they don’t, or won’t, pay for the cleanup, it leaves communities to deal with the toxic waste left behind by defunct industries or bankrupted companies. These communities could be exposed to polluted air, toxic water, or other contaminated and deadly resources.

In the Lehigh Valley, an idyllic tract of land sitting along the Kittatinny Ridge and Lehigh River in Eastern Pennsylvania was once the site of the New Jersey Zinc Company which produced years worth of heavy metal pollution, until the EPA stepped in to establish the area as a Superfund site in the 1980s. But by this time, the Zinc Company was already in bankruptcy and with no responsible party to support the cleanup process, the site was destined to languish. But in the case of this Pennsylvania Superfund site, the efforts of a local activist completely changed the outcome.

Dan Kunkle, a local man and former teacher in the Lehigh Valley, played an instrumental role in the development of the educational program of the site. Starting first as a volunteer, Kunkle’s passion for this land and its story inspired him to educate the greater community on this site and to fight for the conservation efforts that he felt this land deserved. “The EPA traced back through a series of corporate ownerships and acquisitions at the time,” explained Kunkle. Because of its acquisition of the New Jersey Zinc Company, CBS Corporations was named the responsible party for this Superfund site. Part of this restoration effort included the establishment of the Lehigh Gap Nature Center (LGNC) on a portion of the Superfund site. Today, the LGNC is a 756-acre, non-profit educational center and wildlife refuge in the Lehigh Valley.

Kunkle, now the Executive Director of the LGNC, recognized that creating a positive relationship with the responsible party would be the best way to efficiently and effectively help this local Superfund site. “CBS could not have been a better responsible party. They have been super responsive to us in the process and the partnership between EPA, CBS, and LGNC is example of how Superfund sites should be managed.”

What began as a barren mound of land, unable sustain life, is now a site flourishing in new growth. The clean up efforts at the LGNC have been focused on using a “natural approach,” as Chad Schwartz, Director of Science and Education at the LGNC, described. This process has re-introduced native grasses to the land as a method of sequestering the layer of heavy metals into the ground, preventing constant exposure to the greater environment. These grasses have showed astonishingly successful growth throughout the years and have also helped to decrease erosion.

Other methods of restoration funded by CBS include prescribed burnings, where fires are set in the fields to kill the invasive plants and allow native plants to grow. So far, these burnings have shown to be successful because they control vegetation and stimulate increased growth by reintroducing nutrients. Although the grasses are essential to promote further growth, certain plants like birch trees are dangerous because, unlike the sequestering grasses, these trees take up the heavy metals in the ground and expose them back to the surface, reintroducing them to the environment. The prescribed burnings kill off the birch trees, while also “releasing a flush of nutrients to encourage better growth,” according to Kunkle.

While showing promise in the course of the restoration process, these burnings do not come without cost. Each one, and they aim for two a year, costs $30,000, and CBS is responsible for paying the bill. Yet, as Kunkle and Schwartz expressed, CBS is very willing to play their role as responsible party and invest in the best restoration methods. Currently, the LGNC is trying to determine whether these prescribed burnings are the best methods for restoring this Superfund site, and while this research is continuing, the renewal for prescribed burning funds by CBS is on hold. “They are waiting for more information about the effectiveness of the burning before they decide whether or not they want to fund more ‘management,’” Kunkle says. Rather than dumping money into one restoration procedure, where the benefits still are not fully understood, CBS is actively seeking out the best methods for cleanup.

During this process, other efforts are being simultaneously tested, such as planting oaks and pines around the site. These trees, unlike the birch, do not take up the toxic, isolated metals from the ground. Thus, the oaks and pines are beginning to diversify the flora at the site while also avoiding exposure of the metals at the surface.

Unlike Ira Rennert and the unwilling responsible party of US Magnesium Superfund site, CBS Corporations have been very dedicated to cleaning up a mess that they inherited at the LGNC. Kunkle and Schwartz agree that CBS is devoted to solving this problem and “funding the best practice to get the best result.” It is through transparent and direct conversations flowing between the LGNC, the EPA, and CBS that such an honest relationship could be established. “We keep each other well informed and have build up a level of trust that serves us all and the process as well,” emphasizes Kunkle.

Schwartz hopes that “the LGNC will be a model for other similar sites across the country and around the world. Restoring life to this once barren moonscape has proven that even the most daunting environmental challenges can yield positive outcomes.”

During a visit to the LGNC I took earlier this spring, I noticed obvious signs of a destructive past: run down and graffiti-filled rocks sat high up on the hill, destroyed telephone poles still lined the river trail, and there were little to no animals scurrying around the land. Yet amongst these ruins of a dark past, new life has begun to appear. Green grasses now line the sides of the ridge, many oaks were beginning to bud across the river, pine trees stood tall, and a cloudless sky provided sunlight to each sprout of new growth. This growth indicates the true successes of past efforts at the LGNC, and although there is a long road ahead in fully replenishing the land with sustainable life, it gives hope and inspiration for the remainder of this process.

Schwartz emphasizes that “in a time where so many ‘bad news’ environmental stories seem to make the headlines, LGNC provides hope.” 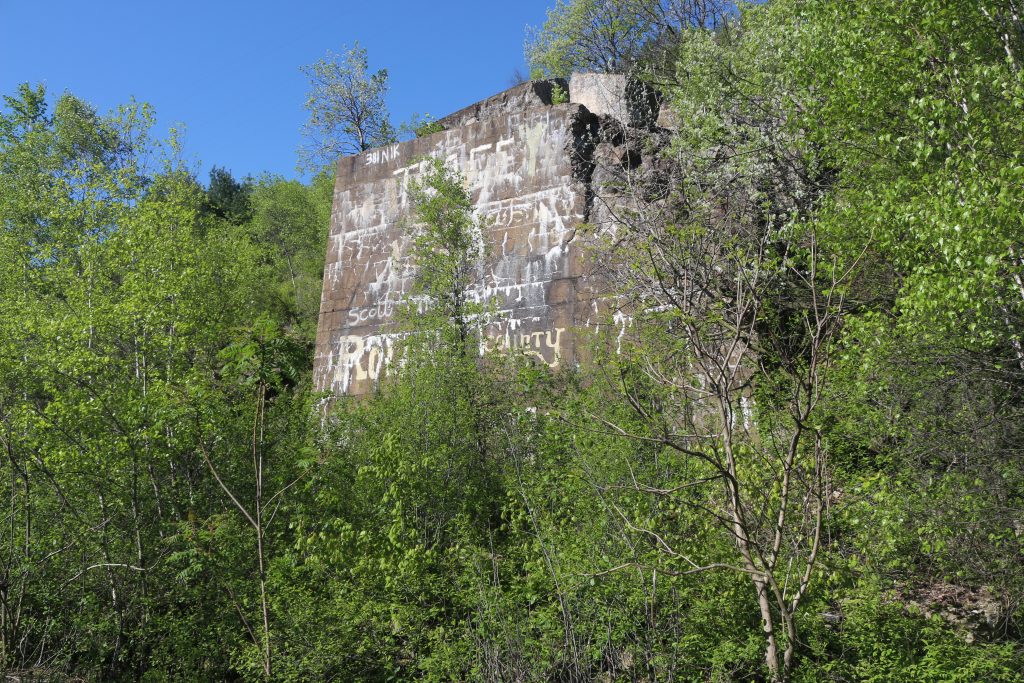 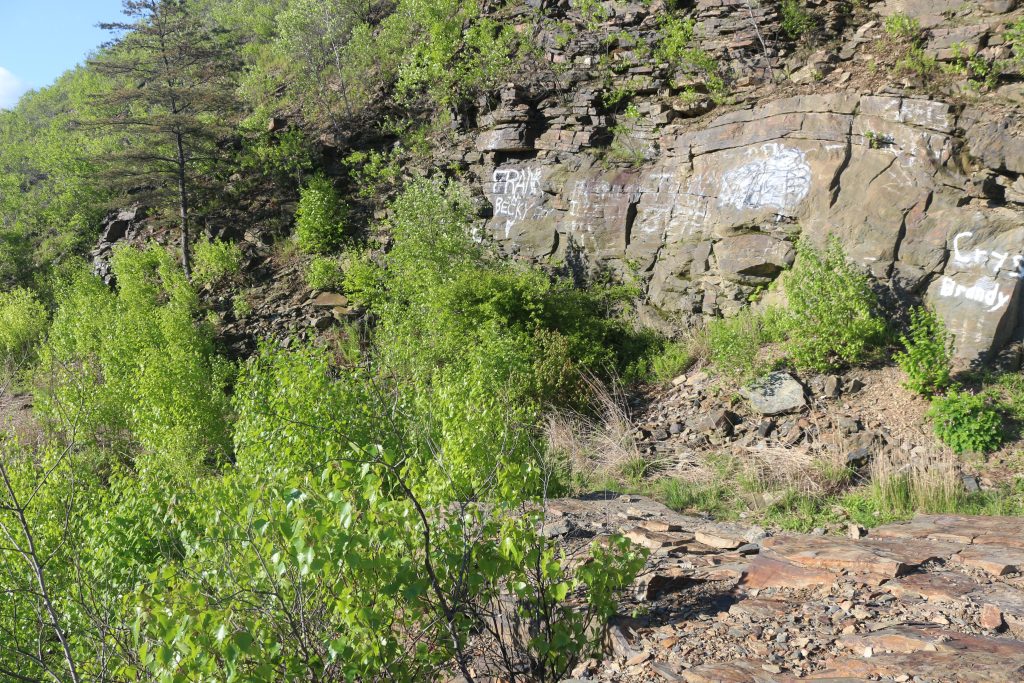 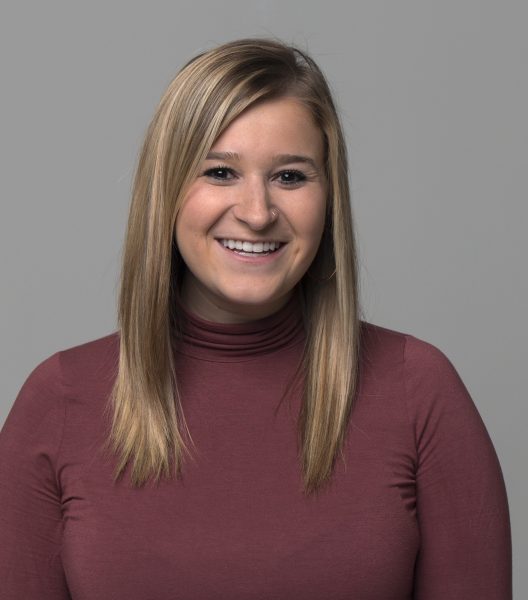 Julia Rocereta graduated from Muhlenberg College in 2019 with a major in Neuroscience and minor in Public Health. With interests in the medical and research fields, her studies have led her to research in a lab focused on the molecular mechanism of reward and addiction. With health and human safety in mind, she is concerned with the contamination of land with neurotoxins like lead and zinc found in many Superfund Sites that pose threats to populations in the surrounding area. While most of her time is devoted to labs and research, she always finds time to tap dance and keep up with the Kardashians.