When zoning laws bite back

What happens when zoning laws protect

In the Northwest corner of New Jersey lies the Delaware Water Gap. This National Recreation Area is shared by both New Jersey and Pennsylvania. The Water Gap got its name, and its appearance, from the Delaware River which slices through the Appalachian Mountains creating a gap as well as dramatic views. The area is used extensively for hiking, fishing, and kayaking. If you were to take your kayak and head south along the Delaware river into New Jersey, you would eventually come to a series of small waterfalls in the town of Belvidere. If you get up over these falls, you will have entered the Pequest River. Going upstream, you would pass through the towns of Bridgeville, Buttzville, Oxford, and Liberty. Along this journey, you would paddle past Beaver Brook, Mountain Lake Brook, the Pequest Wildlife Management Area, Mount Mohepinoke, and finally Danville Mountain before arriving at Independence Township.

The Ghost of a Glacier

Located in Warren County, New Jersey, Independence Township is a small, rural community with acres of farmland and forests. During the last Ice Age,  in 13,000 BC, the Wisconsin Glacier receded leaving behind a great meadow in what is now Independence. After the glacier melted, the area was settled by Lenni Lenape Native Americans until Europeans arrived and used it as farmland. It was founded in 1782 as a part of Sussex County and was one of the seven original towns designated by New Jersey in 1825 to form the new Warren County. As the years progressed, Independence Township lost nearly half of its land to the growing communities of Hackettstown in 1853 and Allamuchy in 1873 leaving the township of Independence with the scant 20 square miles it comprises today

The ghost of Jenny

A major attraction to the area is its natural scenic beauty. The Pequest River runs through the township, along with many other brooks and creeks. The township has many forests and mountains, most notably Jenny Jump State Park and Jenny Jump Mountain. Legend has it that an early European settler named Jenny was chased on top of the mountain by Native Americans. She came to the edge of a cliff, and her father told her to jump from the ledge to save herself. Along the south end of Jenny Jump lies Ghost Lake. Ghost Lake, while beautiful, is said to be haunted by Native American spirits, who manifest in a dense fog that suddenly rolls over the lake. In the center of town lies the Great Meadow, a beautiful open expanse of greenery surrounded by wooded hills and mountains.

The Land of Independence

While the area was settled for agricultural purposes in the eighteenth century, during the 1700s and 1800s the area was also used for timber and mining operations. This mining sustained early foundry and industry in the area. However, when the Morris Canal was shut down and the railroads disappeared, so did the timber and mining industries, leaving agriculture as the main industry. Eventually, the swampy great meadow was drained, leaving behind highly fertile land perfect for vegetable and sod production. 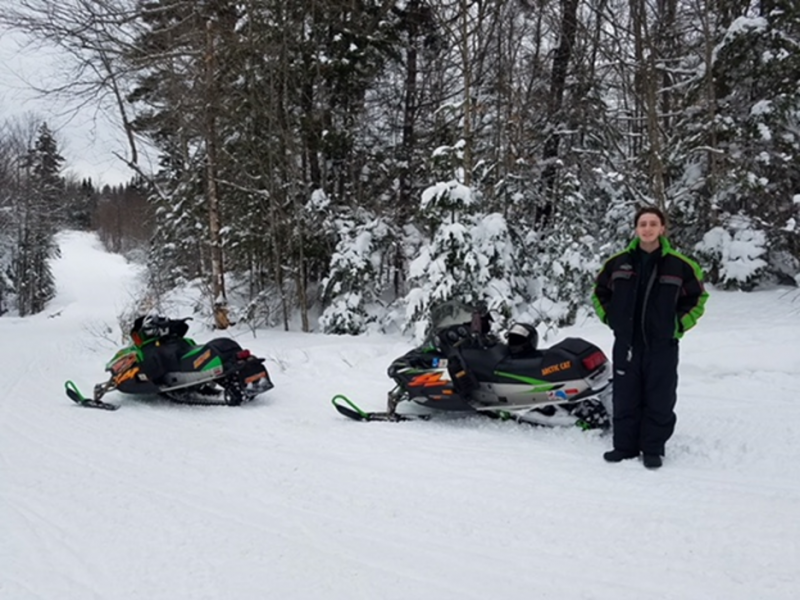 Jeffrey Pennington is a student at Muhlenberg College who is double-majoring in Sustainability Studies and Mathematics. Growing up in rural New Jersey, he spent much of his time outdoors, playing in the woods and learning about local wildlife. This helped to create a lifelong passion for the environment and sustainability, particularly concerning land use. He enjoys fishing, camping, hiking, kayaking, and snowmobiling, and he can often be found watching his favorite teams, the New Jersey Devils and New York Jets, lose.