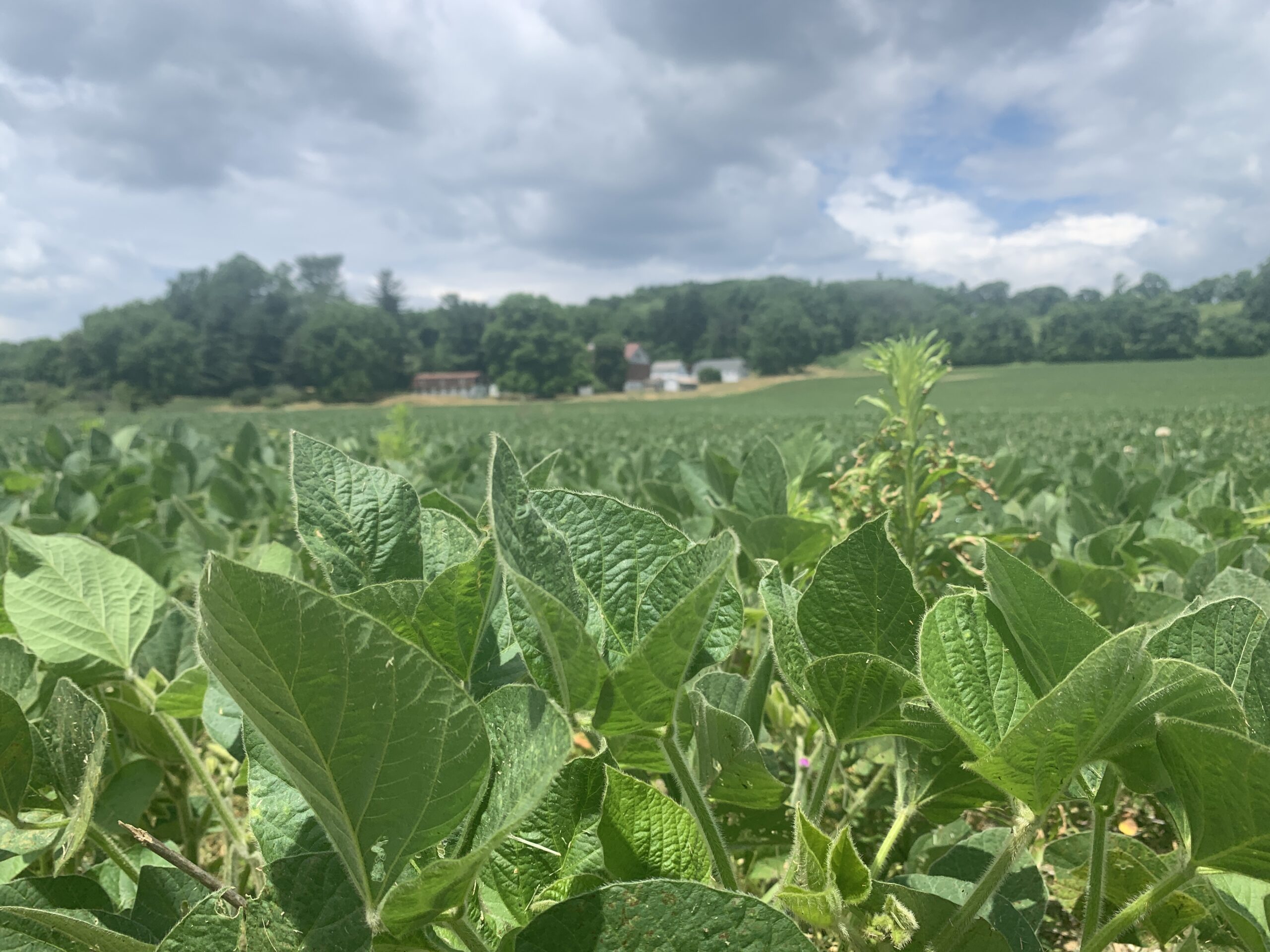 The sight of yet another barren, tilled plot of land was far from novel to me. This was a view, sure, but I didn’t feel like it was worth the agonizing over. It wasn’t until we boarded the shuttle again though, that I began to grasp the bigger picture. The most important view, I realized, wasn’t what was in front of me, but what was behind, to my left and right: the homeowners of South Whitehall. As the shuttle carefully managed the winding back roads that hugged the fields, I found myself looking more at what was already there, than what was not: a quiet suburban town.

The prospect of major change can elicit the full spectrum of emotions. When it comes to zoning plans and development, the outcomes will surely impact the economy and residents, but to what end and to what effect? One such threat of commercial developmental change comes in the form of Kay builders’ South Whitehall complex, a massive nearly 190 acre project whose proposal hasn’t gone unnoticed by the residents.

At the forefront of the protest against the development is South Whitehall township’s Dave Burke. Burke got involved three years ago when he saw a posting in the news that a developer was going to build a massive development in  Ridge Farms. He went to the township to look at the drawings and became concerned. Along with a close personal friend, they established the Ridge Farms township committee of concerned citizens. Until he retired at Air Products after 39 years, he felt he wasn’t paying enough attention to township affairs. Burke worries about the traffic which is guaranteed to increase due to the development; Cedar Crest Boulevard would need to be renovated to a tune of $12 million to change the roads in order to accommodate excess traffic. His primary concern is centered around citizen’s involvement with policymakers; people care about what’s going on in their backyards, but won’t do anything. “Town meetings should have citizen involvement for them to understand and hear what the township commissioners want to do,” commented Burke. Until changes are proposed or actually come to fruition. He believes it’s best to be proactive and involved before too late in the game.

According to an article on the  Kay Builders blog the Ridge Farm development, which would also include retail space, would be the company’s largest development to date. Although Kay builders acknowledges that traffic will be a chief concern, they are confident that the required traffic studies and soil testing for stormwater management work are conclusive enough to support the commencement of future construction. Kay Builders insists that one section rezoned for a commercial retail component with pedestrian access is preferred by 46% of Baby Boomers and 56% of Millennials. Rick Koze, president of Kay Builders says the development would ultimately be a very diverse offering and that the company doesn’t want to fight too many uphill battles, and insisted that he would want to hear from the township residents to hear any concerns they had. Kay Builders met with citizens multiple times but arguments boiled down to the fact that more housing is more money and if zoning exists then there is no motivation not to build. “Everything we did is allowed by what your commissioners put in the law, don’t be angry at us,” Burke recalls being told by a Kay Builders lawyer.

Monica Hodges, another concerned citizen, got a postcard in the mail, dictating the proposed construction on the land that she thought would have forever remain farmland. Through a neighborhood networking app, Next Door, she saw other people who were concerned and were questioning how they could stop the development. Mostly concerned about the aesthetic of the farmland being destroyed that drew her to South Whitehall in the first place, Hodges is hopeful about the fight. “People will come out to vote even if they do not come to meetings at South Whitehall for transparency and dependency,” she said. Hodges has already witnessed the construction of The Regency development and how much particle, noise and light pollution as well as structural damage have resulted. She believes that instead of spending an exorbitant amount on the development, funds should go to repurposing deteriorating buildings. “We need to find more emergency vehicles, it might be a burden on schools, and the highs chool is going to have to be expanded. All in all the citizens are going to be paying more for all these additions and taxes,” she said. Hodges is most worried about the infrastructure and how the development would impact houses near the site. In the end, she recognizes that growth is inevitable and necessary, but hopes that the township will be able to head in a direction of moderate growth and preservation. “I’m not saying I’m anti-growth, we have to grow, we have to, but we want to reach a balance between expansion and conservation,” she stated.

In an article by the Morning Call, South Whitehall Township residents voiced their concerns on traffic and road development. Mike Wolk on Valley Forge Drive voiced concern about the safety of residents who would be subjected to increased congestion on an already congested street. Adding further outrage and concern was the proposed grading along the connecting road of Walbert Avenue to Huckleberry Road, which would exceed the permitted slope. This route, a designated snow emergency route and the only proposed non-private road, would pose a severe risk to motor vehicles during the winter season.

Despite Kay Developers’ positive outlook on the development and its benefits, the fight to prevent it from going forward is very much alive. On the Facebook page for concerned citizens of South Whitehall the overwhelming consensus is that the go ahead for the development will mean a burden on the township’s infrastructure, water, sewer, power lines, police and fire departments, schools, and not to mention a nightmare for traffic. Ultimately, they believe that the development will destroy the aesthetic of the area, and inundate the population with noise and light pollution. Posted on the page is a letter written by David Burke to the South Whitehall township board of commissioners, outlining the concerns of the citizens that the developers’ goal of profit maximization will lead to the exploitation of zoning codes. The Facebook page also includes detailed outlines of the zoning plans and how they are intended to be developed.

The Ridge Farm development initially struck a chord with me, due to similarities to a development installed in my own hometown of Westford, MA. In 2011, Westford residents watched as large machinery levelled 31 acres of forest. The Westford Cornerstone Development, headed by Westford LC and owned by Robert Walker, started the project in 1993 but suffered setbacks due to building code and zoning laws. According to an interview with the Westford Wicked Local, Walker said he experienced pushback in the very beginning stages when a resident successfully led an effort to prevent construction of a Walmart at the cornerstone site. Walker was perplexed that anyone could be against the cornerstone project which, according to his initial estimates, would bring approximately 700 new jobs and $50- $60,0000 dollars in property and building taxes.

Like the concerned citizens of South Whitehall, Westford residents voiced their concerns over the development’s impact. According to an article by Patch-Westford, the majority of concerns included additional traffic considering its location near a major highway. Others feared that the development would become a strip mall, damaging the town’s aesthetic. Walker insisted however that Westford’s slow but gradual growth over the past 30 years would require new municipal departments like fire stations and police departments, to which he insisted would be paid for by commercial development. Despite the pushback, the development began in the winter of 2011 with the razing of the forest that would soon give way to a sprawling shopping center.

Fast forward to 2013, seven years after its completion and Cornerstone Square has become a popular hub for shoppers, and foodies, as well as high schoolers in search of jobs. “I think it’s awesome to have all these new shops and food around super close,” said Westford resident Maddie Jenkins, 21. “Overall I do love it because there’s a lot more options for food and so close.”

While there doesn’t appear to have been any more columns in the weekly newspaper filled with the misgivings of skeptical residents, that doesn’t mean that the changes have fully been accepted. “To be honest, I don’t like it at all,” remarked Westford resident Manuel Romano, 23. “There is way too much traffic and it was kind of just a gateway into adding a bunch more stuff around Westford, changing it from the not so busy town that it was.” Not unlike South Whitehall, the Westford development is situated on a heavily trafficked intersection, and the traffic has gotten worse. “Overall, I’d say I don’t like it because of the amount of traffic and also, like I was saying before, it just opened up Westford to more development which is pretty annoying,” said Romano. “I definitely think the amount of lights we have is absurd but most of those were around before,” commented Jenkins. Westford currently lacks drive-through businesses–prohibiting drive-throughs was meant to deter highway drivers from exiting at Westford and inundating the town, increasing traffic. But the Cornerstone Square development appeared to do just that. “What I also don’t get is that drive-thrus are not allowed because of the traffic that it will cause but they can go ahead and add another grocery store and a whole plaza but keep the drive-thru ban,” remarked Romano. “Yeah the traffic is annoying but I think that is mostly because we are right off the highway. It would’ve been so much worse if we allowed drive-thrus,” said Jenkins.

Having seen the highs and lows of a major development in my town, South Whitehall reminds me of how angry and uncertain I was of the change. There is no doubt that once the Ridge Farm construction begins, the residents’ familiar and neighborly home settings will change dramatically. While not all change is bad, sometimes it’s impossible to not mourn what once was. “I miss old, quiet Westford,” said Romano. 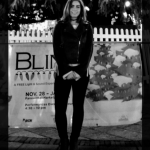 Anna Hatke is a journalism student at Muhlenberg college. After experiencing the process and completion of a contested commercial development in her own town, she was drawn to the similar situation facing the residents of South Whitehall Town district with the proposal of the largest residential and commercial complex by Kay Builders. When not angsting over the global pandemic, she enjoys reliving her childhood by challenging her family members to Mario Kart (and winning).