The Perseverance of Palmerton​

A town lives with a toxic history, but refuses to be defined by it

Story and photos by Jason Grant 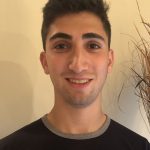 Jason Grant is a student at Muhlenberg College as a Political Science and Communications major. As a writer for the Muhlenberg Weekly and as someone who loves the outdoors, Jason has become interested in the preservation of land and in making sure that large corporations do not harm the land in pursuit of economic gain. A lifelong New York Yankees fan, the land he most wants to be preserved is the beautiful center field grasses of Yankee Stadium that are ironically surrounded by three levels of concrete.