From living on the moon to greener pastures

A rickety picnic bench stands haphazardly among the desolate clearing. From this point, a spiderweb of trails bleeds in numerous directions. Right, left, down. All roads take a hiker somewhere in the maze that is the Lehigh Gap. The panoramic view that sprawls along the horizon is cradled by the Lehigh River churning slowly below it. Besides a rather breathtaking view, there isn’t much to explore. Stretches of mountain roll upwards, barren. Trying to regrow and heal from decades of toxicity. The wind whistles in between the tall, yellow grass. A cacophony of noise. A symphony of nature’s movement. No chatter from people. No construction. Just the sound of rebirth. Of perseverance.

The bleak sky, the bare tree limbs, the battle between cold wind and hot sun. Take it or leave it. But the sound of life, not in ways one would expect, is the most rewarding. And beyond the wide view, with tiny houses and storefronts dotting along, sits more life. The town of Palmerton, Pennsylvania, precariously close to the toxins that were and still are lurking beneath the Gap’s surface.

The Palmerton Area Library is an impressive stone building situated in the middle of town, right on the main road. Downstairs, to the left, an alcove sits in the corner, surrounded by old books and board games for sale. Three shelves contain thick, black binders and old magazines detailing the long history of the New Jersey Zinc Company. The tension it brought with it, to the land and its people. Three bookcases with six shelves each attempt to capture sixty-eight years’ worth of the company’s run, as well as the ghost of its presence long after its closure. A tangled relationship between a major manufacturer and the tiny town of Palmerton.

Within these binders, it’s easy to think of the zinc plant as a large piece of robotic machinery, existing on its own. But ordinary people worked there. People of the town of Palmerton. Immigrants. Fathers. Men trying to provide for their family.

Flipping through the pages of Zinc magazine, a document published frequently by the New Jersey Zinc company, history tells itself. There are articles of what zinc provided the people at that time: toys, cars, cosmetics.

There’s also commemoration for those who retired after a lifetime of service. “Eleven Retire at Palmerton” reads a spread on page twenty-four of the 1956 volume. Peter Terpay was born in Europe. Kiril Litvin enjoyed gardening and watching television. Robyn A. Williams liked to fish and swim. All these men played some role in the company, dedicated most of their lives to servicing the world with zinc. The loyalty bleeds between the pages.

Now, a new generation lives in Palmerton. One where the history of the zinc company lives on, albeit dated.

The history of Palmerton begins with the implementation of a zinc smelting operation by the New Jersey Zinc Company. With this business taking off, workers flocked to the town that emerged from lush forests and sparse farmland. With the arrival of smelting came a larger problem that a lack of technology at the time only contributed to.

The smelter worked around the clock to provide products needed for World War II, and because of this two byproducts of the zinc operation’s presence in the town, sulfur dioxide and zinc oxide, changed the landscape forever. When rain combined with the sulfur dioxide polluted in the air, sulfuric acid came down to kill everything on the surrounding mountains. Zinc oxide, primarily used to generate the white pigment in paint, is a fungicide, or compound used to kill or prevent growth of fungi. With everything killed off from the acid rain, the zinc oxide ensured that it was near impossible for organisms and life to grow back.

The closure of the zinc operation in 1980 left the town residents with fewer jobs and a barren wasteland surrounding them on all sides. The Environmental Protection Agency arrived, deeming the thousands of acres a Superfund site, polluted areas with a mandated clean-up. Since then, the Lehigh Gap Nature Center has helped revegetate 400 acres of the land with native plant grasses and prescribed burns that encouraged growth. It was the federal clean up, however, that brought a tenuous relationship between the former workers of the zinc company and the agency that sought to clean up their mess.

Those who lived during the zinc company’s booming business look back on that time with a clearer sense as to what that company meant to the town. 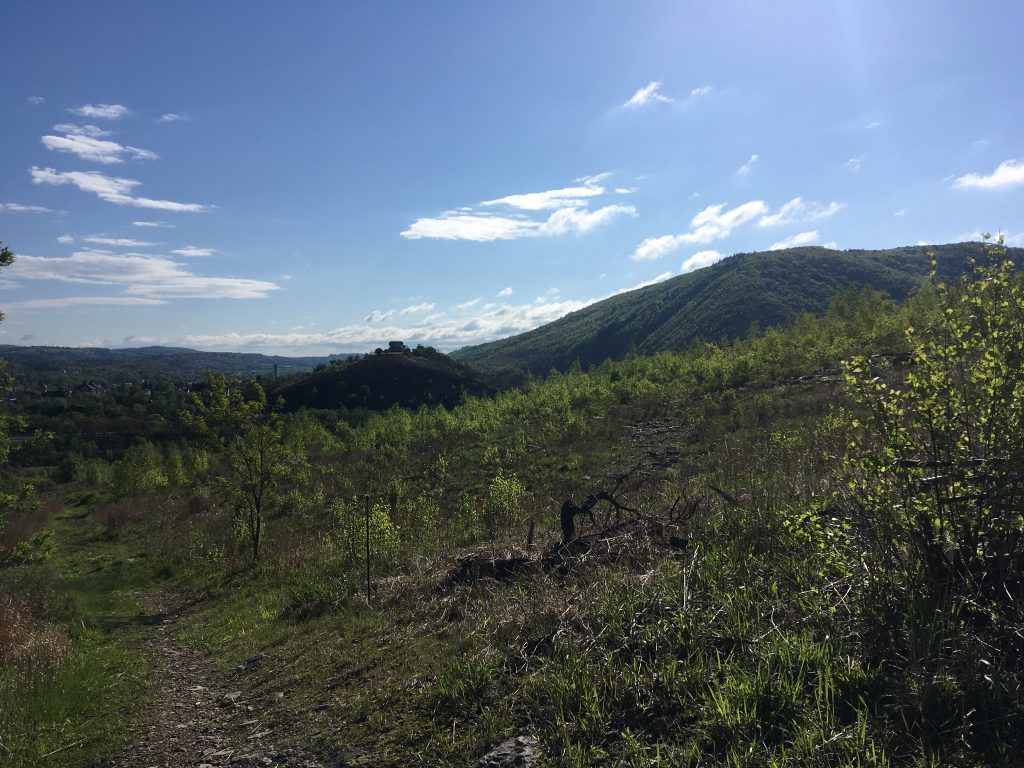 Mata Curran, a retired high school chemistry teacher, moved to Palmerton in 1965 from West Pittston, Pennsylvania. As someone who lived in the town during and after the zinc smelting, she says the tension between the EPA and Palmerton residents comes down to one thing: bad science.

“The EPA came in here with a preconceived idea of where the pollution was and what the cause of that pollution was,” Curran said. “They were determined they were going to find it. There was no data to back up that model. And that is bad science. You don’t ever make a model up without having data to prove it.”

When the EPA came in to do the cleanup, they were met with frustrated residents.

“They were upset with the attitude the EPA had,” Curran said. “They came in like ‘What you all did was bad. We’re going to get you,’” Curran said. “The zinc company was simply doing what was considered to be good work and supporting the war cause and the government.”

All those immigrants, all those researchers were simply trying to provide products for the war, for the people of their country. A lack of knowledge surrounding pollution and the means to clean it up was the only fault in their operation.

Palmerton has a long way to go before it can be deemed “clean.” But that doesn’t mean the city itself is dirty.

Kaelin “Katie” Beck has lived in Palmerton for the entirety of her twenty years. The Superfund site became an integral part of her childhood. From ecology camp, led by Dan Kunkle (leading player in the institution of the LGNC) to multiple field trips to the Lehigh Gap, at an early age Beck learned how important it was to cultivate the knowledge on how to care for the environment.

“Most of what I learned in regard to the zinc company was what I was told in school,” Beck said. “That the zinc plant polluted the area and killed most of the vegetation. Going to school at St. John Neumann Elementary School in Palmerton, we took a lot of field trips to the Lehigh Gap Nature Center. We would go on hikes and Dan Kunkle, the director, would tell us about various ways they were working to restore the mountain and about the history of the zinc company itself.”

While most children are used to looking up at the sky and seeing the sun or large clouds, Beck grew accustomed to seeing planes flying low over the mountain ridges.

“Years ago, the Nature Center started seeding the mountains,” she said. “You’d see planes flying over dropping seeds onto the mountains.”

At one point, all the people had to look at was barren lands. But with the LGNC’s efforts to heal a broken area, Palmerton was able to witness the rebirth of a new legacy.

“When I first moved to Palmerton, I remember the mountains surrounding the town were barren with little to no trees on them due to the harmful pollutants put out by the zinc company,” Beck said. “Now, years later, you can definitely see a dramatic difference. The mountains are a lot greener and full of not only vegetation but more wildlife as well.”

The zinc company and nature center, which wouldn’t have been born without the effects of the smelter, have come to represent two equally important things for residents of Palmerton. An operation that gave hundreds of people jobs and purpose might have destroyed the environment, but it brought together a community that was adamant in not being written off as a polluted place.

“I definitely think the Lehigh Gap Nature Center could be seen as a defining feature of the town of Palmerton just because they’ve done so much in helping to clean up and restore the wildlife of the town,” Beck said. “I know that the zinc factory left the surrounding area polluted but I think if it wasn’t for the company’s initial presence in Palmerton, then the town wouldn’t be nearly as large as it is today. People moved here due to the factory employment opportunity presented by the company which dramatically increased the town’s population.”

For Curran, she has seen the progress the town of Palmerton has made. Despite the fallout of job losses, despite the tension with the EPA, Palmerton found a way to carve its identity out of the rock and toxic soil that surrounded them. And grew into something beautiful, no matter how slow the growth took. Today, the town continues to prosper with environmental education and an appreciation for the past. From bleak to bright, they’ve come a long way.

“When my in-laws visited years, ago, they said it was like living on the moon, seeing all the big ruts and rocks that jutted out of the barren land,” Curran said. “They were here late last spring, though, and they hadn’t been back in awhile. They were amazed at the progress. They couldn’t believe how green the mountain was.” 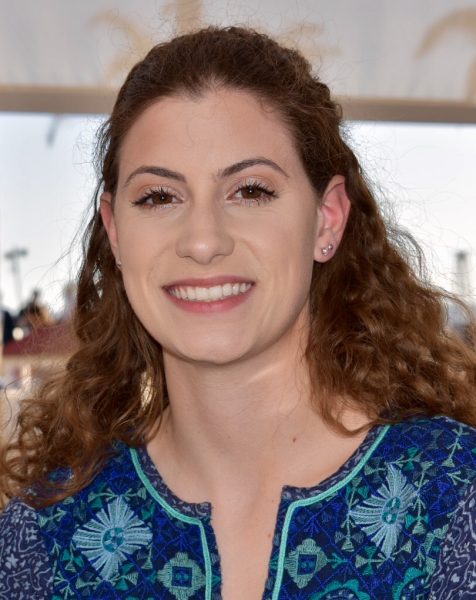 Julia Fritz graduated from Muhlenberg College in 2019 with a major in Media and Communications and a double minor in Spanish and Creative Writing. She contributed numerous stories to the college newspaper. As a local of the Lehigh Valley area, Julia has frequented the Lehigh Gap numerous times and found herself interested in the relationship between the Superfund site and the people of Palmerton. She enjoys writing human interest stories that question the ethics of preserving land and the people who live within those boundaries. When not questioning the amount of toxins people are exposed to in the Lehigh Valley, Julia enjoys reading fiction novels and swimming.